We suggest you dive into this world and consider games similar to the famous series Game of Thrones. And, due to the peculiarity of the subject, we will consider only mobile variants, passing on the computer ones in passing. In fact, there are very few computer games based on GoT.  But if you’re a fan of medieval games, we offer you the best medieval games of all times, which can be played also on PC. But meanwhile, let’s go back to mobile devices. Here, take my word, there is something to consider!

The map of Westeros is long-suffering when viewed from the perspective of a mobile product. It is hardly the main element to work with and create a product that is interesting to the eye, not just text. Interactive maps, static maps, maps with the division of the houses of Westeros, just beautifully drawn art – what hasn’t been done with it. And this time she will have to survive the test of knowledge of geography! Actually, that’s what Map Game was created for – to give the fan a chance to test his own knowledge, without any type of hints. No, I’m not saying that it’s forbidden to periodically peek at interactive maps, but it’s up to the player here.

The game is divided into 5 levels of difficulty, each with 10 tasks. The essence is to indicate the location of an object, such as Stark’s house or a place where a particular character died. As you can imagine, the subject matter is fertile. The price of the question is determined by how much the player misses, indicating the location. Say, 30 miles is, as they say, the norm, and you get a lot of points. But 700 is sad, and instead of points, you get around zero.

In addition to the main modes, there are a couple that exploits randomness – random questions and the same cities. They have three levels of difficulty each, and they’re very useful modes, because in the others all the questions go in order, and you can just memorize each place since the correct answer is shown on the map.

From geographic quizzes let’s move on to serious domestic strategy. Well, as a serious – you do not need to guess, you will need to think. Westeros Conquest belongs to the global turn-based strategy games, but with its own features. Let’s start with the basic gameplay. With a number of Westeros provinces at our disposal, we need to fully capture the remaining lands, which belong to the AI. Reinforcement points, which appear in reserve each turn, will help in this endeavor. The more provinces captured, the more points are given.

Westeros Conquest has several sorrows. The lack of full multiplayer – the first, which would not be so noticeable, if it were not for the weakness of the AI. It feels like the computer opponent is throwing troops wherever it can reach, not where it needs to go. As a result, it’s not hard to win. And now I’ll tell you the biggest problem. The controls in the game aren’t just nightmarish – they should be put up as an example of HOW not to do things. Here’s how you can guess that all actions are done with a double-tap? There are no hints in the game!

In conclusion, let’s say that Westeros Conquest has a future.

The serious games are over, it’s time to consider tribute games, mods, and other things that may only be of interest to ardent fans. Houses of Westeros, for example. This app, which exploits the rules of the unforgettable “rock-paper-scissors” game, uses three Houses at its core. The Baratheons, Lannisters, and Targaryens play their respective roles, with the Targaryens afraid of the Baratheons, the latter being defeated by the Lannisters, and the Lannisters being very afraid of the Targaryens. You can only play with the AI, no other multiplayer is provided. And in general, the design of the application is unique. At least for a game of this caliber. Oh, and all wins, losses, and draws are recorded right on the game screen.

So, there are about forty pictures in the game, which are broken down into their component parts. In the main menu you can adjust their number – from 9 pieces to 25. In the allotted time it is necessary to rearrange the squares so that the original picture returned to its familiar state.

Immediately highlight a couple of key features that have been noticed. In addition to the standard mode there is also a time mode, and the pieces of the puzzle that are in the right place refuse to move further. And why, indeed? Well, Game of Thrones Puzzles is a rather entertaining pastime for fans of Game of Thrones and fans of similar apps.

The unforgettable genre of the AA category is Quiz, that is, text-based questions based on motifs. Any barely scripted universe with more than ten characters and five important events suffers from this. But rarely do such projects differ in quality, different from the handmade, because it does not require much intelligence for such creations. There are exceptions, fortunately for the user, and one of these applications – attention – was on the subject of GoT.

The picture already in the menu is a little fuzzy and smeared, but this is compensated by the overall design. And also Gregor, a marvelous creature will be our companion throughout the game.

His task is to ask the player questions, the answers to which can be seen just above. A total of four answer choices are provided, and – attention – the “Help” item. This is the local analog of hints from “Who Wants to Be a Millionaire!”, although using them costs money, which is collected gradually during the game.

Questions, by the way, not easy – here you have quotes and character features, and dates, and much more. There are four levels of difficulty, depending on which depends on the number of questions. Starting with 10, it reaches the ceiling of 100. 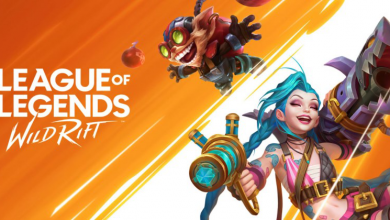 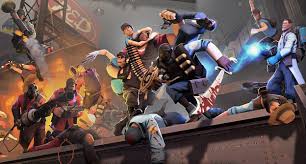 Tips on How to Earn and Sell TF2 Items 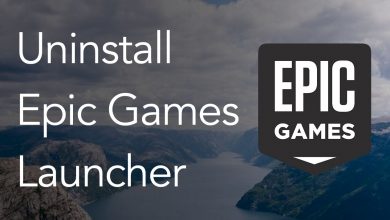 How to Completely Delete the Epic Games Launcher?